Produced at our own mill, Ylla oil is distinguished by its purity

Since1873 we have continued to use the same processes and the same care in the selection of the source olives, taking all the time necessary for its slow production

When tradition and quality go hand in hand 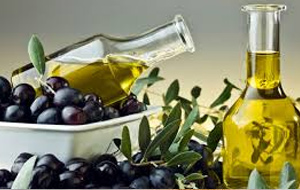 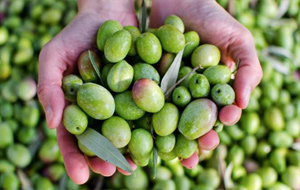 There are more than 2,000 varieties of olive trees in the world, and more than 260 have been counted in Spain alone. The Ylla mill mainly uses two varieties: Argudell and Arbequina.

The Argudell variety is perfectly adapted to the climatic conditions of the Empordà, as it is characterised by having few branches which are not very leafy, meaning that do not impede the passage of the typical strong wind of the Empordà, the Tramuntana, which explains why it is the most widespread variety in the region. Moreover, it is a variety that only exists in the Empordà.
The olive is medium-sized and asymmetrical. Its reddish colour turns purple when ripening begins and black when ripe. It ripens late and uniformly from the first week of December until the end of that month. Argudell produces a green, fruity oil with a delicate balance between sweet and bitter, with hints of grass and artichokes.

The olive trees are distinguished by being slightly leafy and of a slightly dark green colour, different from the ash-white of others. A very productive variety with early entry into production. It adapts to poor soils and is resistant to cold. The fruits are small, spherical, symmetrical and bunched. The ripening date is average, from the first fortnight of November. Arbequina is a traditional variety of Catalonia and the Empordà. Although it is not native to the Empordà, it was introduced in this area so long ago that ancient trees exist in there, but it was not introduced to the region in greater proportion until the mid-80s. The Arbequina of the Empordà produces an oil with green, fresh and very fruity notes and a variety of aromas such as freshly-cut grass, tomatoes and almonds. In the mouth it has a pleasant bitter and spicy tone.